Acting Presidenté José José José José, after cutting the ribbon at the grand opening of Mezcalandia’s new embassy in North Korea yesterday,  announced that Mezcalandia is set to test its new ICBM.

Posted by Shay Addams at 6:08 AM No comments:

Mezcalandia To Build Mall on Border 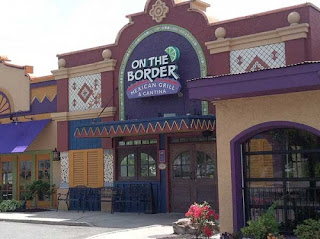 The mall will be constructed along the entire border. Shops and other businesses in the mall also serve as immigration and customs stations.

Acting  Vice Presidenté Armando Salazar followed up, “All businesses in the mall will therefore qualify as duty free shops. Sales of our new mezcal will greatly boost our GDP and help pay for the wall’s construction. T-shirt sales will also help.”

Mezcalandia is also selling Mezcal Bonds to help pay for the initial phase of the wall’s construction. “These bonds will be payable in mezcal, which will be on the market any day now.”

Even the mezcaleria in San Cristobal de las Casas, Mexico, doesn’t serve this rare mezcal, which is not exported. I found a bottle at the Pan Optica bar at the end of flagstone-tiled Guadalupe Real and dove right in. 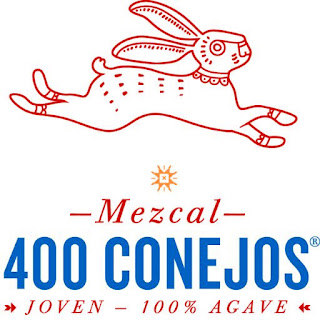 400 Conjejos is a joven mezcal made with 100% espadín, a type of agave whose name means small sword and which is among the main types of agave used for mezcal. Joven means young, therefore unaged and clear. Unlike unaged tequila, called silver, joven mezcal has a distinct flavor and is far superior to its tequila counterpart. It’s an artisanal mezcal, produced in small batches with traditional methods.

The name, Centzon totochtin (400 or inumerable rabbits in Nahuatl) refers to the spirits of alcohol in Mesoamerica associated with sleep and awakening. Its effect varies according to which of these rabbits influences the drinker, say mezcaleros Don Tacho and Joel Santiago in Santiago Matatlán, Oaxaca. Mesoamerican priests drank it during ceremonies in order to better communicate with their gods.

With the raw taste of a mezcal that is far from “fruity,” 400 Conejos is the kind of mezcal that would be served in a bar scene from a Tarantino flick. No worm, but it’s an ominous mezcal that Wes from the film Urban Cowboy would have surely drank straight from the bottle.

The smoke is thicker than the smog over Beijing. Don’t even think about a “lingering aftertaste,” just buckle up and get ready for a kick like one of the mules that powers the trapiche used to crush the agave hearts after fermenting in wooden tubs. Though 400 Conejos is 38 proof, the influence of the rabbit who rules the day you drink it delivers potent side effects.

Sipped and served with slices of orange and sal de gusano, or agave worm salt, 400 Conejos provides a solid base for comparing the wide range of mezcals. For a cocktail, the producers recommend spearmint and orange or lemon juice.
The catch is that you will have to travel to Mexico for 400 Conejos, which is not exported. But that’s one of the little things that make a Mexican vacation so worthwhile.

Price: Not Exported, but cheap in Mexico
Proof: The bottle I drank from did not state the proof, but it felt like 80+
Rating: 2

The language of mezcal reviews written by today's liquor critics makes me want to throw up on my boots. “Fruity,” “buttery, “a hint of green apples” and other such descriptions and flowery prose make the mighty mezcal sound like a wimpy white wine rather than the awe inspiring drink of dangerous men like Pancho Villa, Doc Holliday and Wes, the cowboy gone bad in the film Urban Cowboy, which introduced mezcal to the American public in 1980. If I want a fruity drink, I’ll have an Orange Crush.

Mezcal Reviews Gone Bad
Why has the language of mezcal turned so, well, feminine? Could it be that contemporary journalists follow the lead of the marketing department of major brands and distributors who are bent on luring the ladies to mezcal in an effort to double their sales?

Nothing wrong with that, but still no excuse to demean the image of a macho drink that packs a far more powerful punch than its pale descendant, tequila.

Until recently, “smoky” was the key word used to describe mezcal; it remains the most accurate adjective. But the genuine taste of mezcal is danger, the sense that you are about to land in trouble, big trouble, and you don’t happen to have your lawyer’s phone number with you. This taste grows stronger after sipping the first shot, and the second, until you wake up in a drunk tank in a town whose name you cannot pronounce, or in a gutter along a street without a name.

My Mezcal Reviews
All my work in this field will focus on the dangerous and mysterious aspects of this powerful liquor, which I first wrote about in the early Eighties.

Links to current brands reviewed on this blog:

Posted by Shay Addams at 9:54 AM No comments: