Made from an agave that grows wild in the mountains of Oaxaca for up to 25 years, Viejo Coyote Tepestate is still an average mezcal in flavor and body. 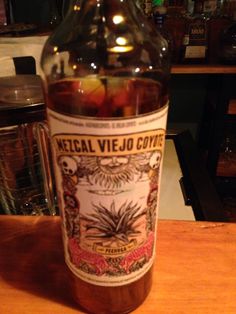 The bottler does not state if this mezcal is made in the traditional, artisanal way, or is industrially produced. Lack of a handwritten label noting the batch and bottle number and signature of the mezcalero would indicate that it is not artisanal, but “cooked” with machines rather than in a pit, and produced in huge vats.

It tastes like Peppermint Patty -- the candy, not the Peanuts cartoon character --  and appears to be a joven. No proof was listed on the label; it felt like under 75 proof, with no bite. It's more bland than smooth., and I did not get a lift from this mezcal as I do from the better brands.

Coyote does not appear to be exported, though several other bottlers have brands that include the name coyote. Mexican bars sell a shot for 65 pesos, about $3, which is expensive for such a watered down liquor. For another dollar, you can get an Amores and truly enjoy the experience. Even though the taste is more agreeable than cheaper mezcals like 400 Conejos and Gusano Rojo, I would prefer either of them over this pale imitation of Mexico’s finest liquor.

This outfit also makes a Tobala mezcal that is tastier and bolder, and something called Siete Misterios (Seven Mysteries), which I have not yet tasted.

Price: Not exported
Proof: Not listed on bottle
Rating: 1 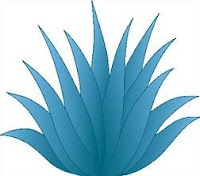